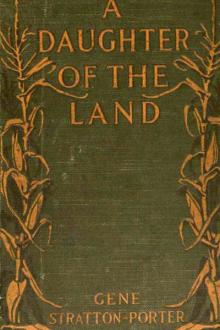 A Daughter of the Land

Add to my Library Remove from my Library Like Unliked
Read Online Download
Katherine Bates, household slave, though daughter of a land king, sets out against odds to win what she wishes from life: home, children, and two hundred acres of land. Being a Bates she is headstrong and makes mistakes, but finally reaches happiness. A real Gene Stratton Porter book.